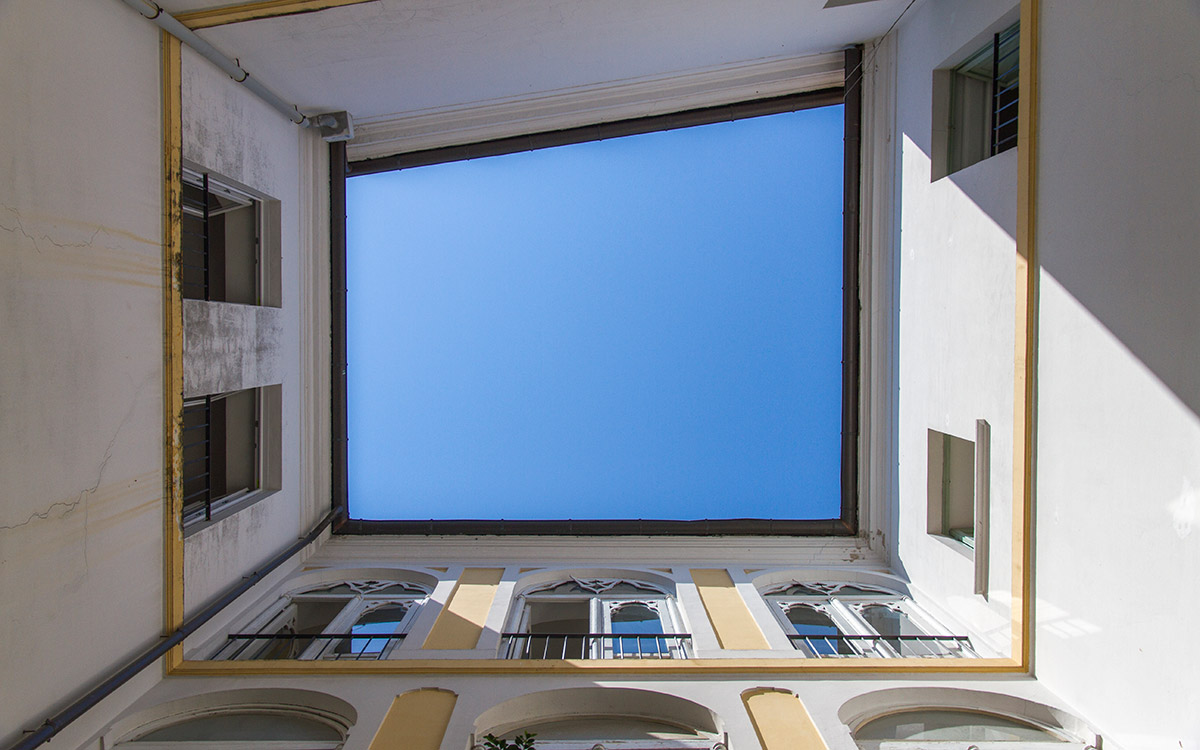 Vistamare – the brainchild of Benedetta, Federica and Vittoriano Spalletti – was established in Pescara in 2001 with the exhibition ‘Camera Italia’, curated by Giacinto di Pietrantonio. Ten artists were invited to take part in the event, including Enzo Cucchi, Alberto Garutti and Ettore Spalletti, who created permanent site-specific works.

Located in a historic 18th century palace in the heart of the city, the gallery is marked by Classical architecture and rooms with frescoed ceilings. Its activity consciously reflects an identity that is strongly rooted in the local area, and which creates intense synergies and a lively atmosphere.

Steeped in art from a young age, Benedetta Spalletti immediately created a meeting place and venue for exchanges for artists like Joseph Kosuth, Ettore Spalletti, Haim Steinbach, Jan Vercruysse and Armin Linke, who have always supported her bold choices.

In almost twenty years, the gallery has hosted a series of exhibitions presenting established artists alongside upcoming international ones, juxtaposing their works through a dialogue that extends across space.

In 2018, together with Lodovica Busiri Vici, Benedetta Spalletti opened a second venue in Milano, in which artists could express ideas and projects specifically conceived for the space. Vistamarestudio has presented the first solo shows of Tom Friedman and Rosa Barba with the gallery and different avant-garde exhibitions, like the first performance-based exhibition in a gallery by Israeli collective Public Movement.

In 2022, with the opening of a new space in the Porta Venezia district, the two galleries merged into one: Vistamare Milano / Pescara.